A Terraced Walkway In Carmel Valley

HomeLandscape Design and Construction A Terraced Walkway In Carmel Valley 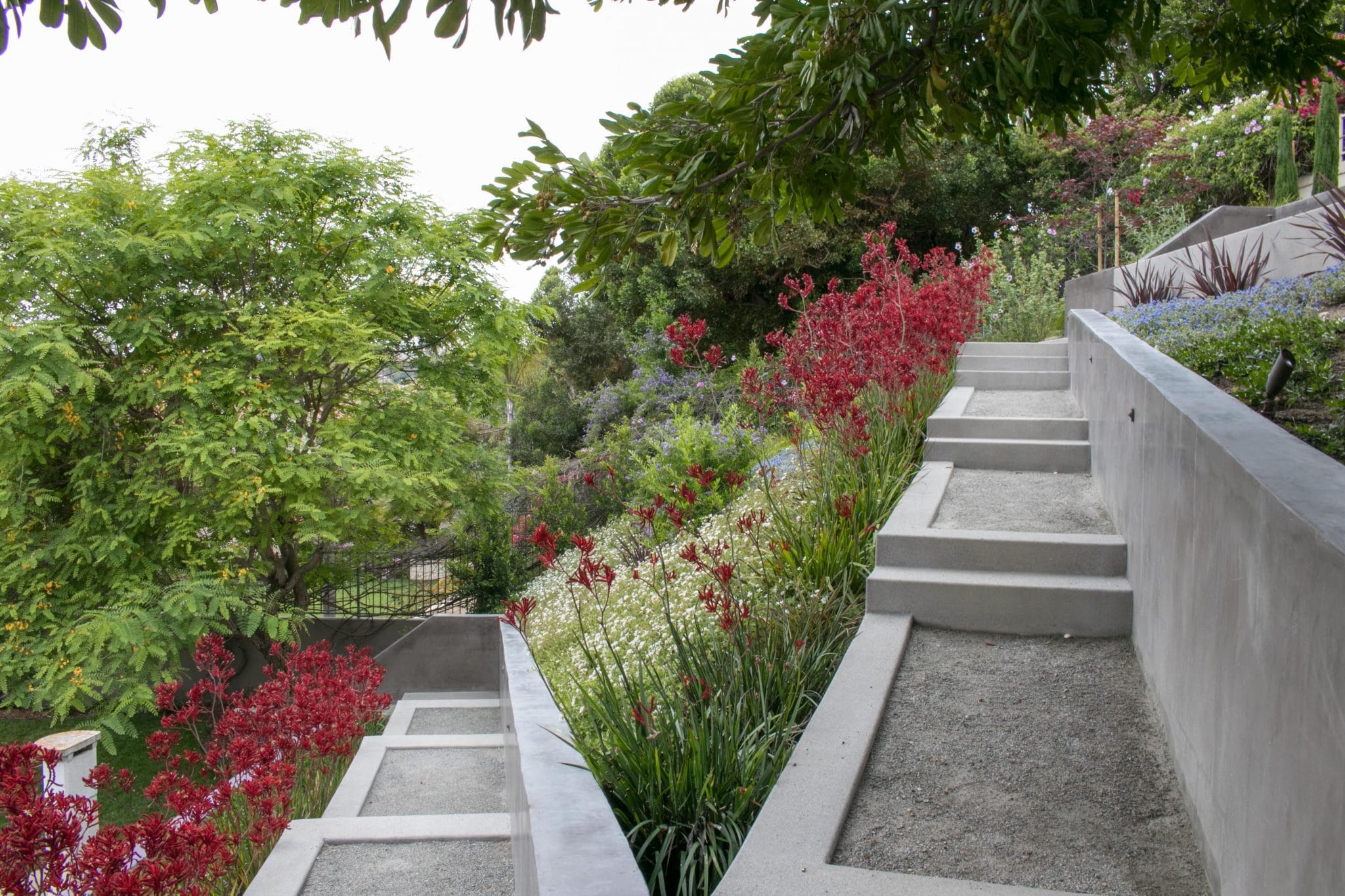 A Terraced Walkway In Carmel Valley

While coastal California is one of the most beautiful and desirable places to live in the world, that doesn’t mean it’s always easy to develop. The coastal region is often dominated by large, rolling hills that make it tough to create neat and even property blocks. 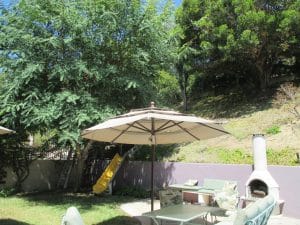 This was the case for one homeowner in Carmel Valley, a little community just north of San Diego proper. Her property consisted of a house near the top of a hill with a yard that extended down the slope to a secondary piece of level ground where the lawn was located, with not much in between besides a couple of trees and some weeds.
Not only was it difficult to get from one level to the other, but the hill itself was also something of an eyesore, with patches of dirt only interrupted by small clumps of weeds, succulents, and some struggling young saplings. Determined to get a more functional and appealing yard, the homeowner began looking up landscapers that could take up the challenge of such a vertically-oriented space.

Torrey Pines Landscape Company, no stranger to multi-level landscaping projects, leapt at the challenge and began drawing up plans to create a more attractive and accessible hillside property. Recognizing the limitations of a typical staircase, the crew started leveling the hillside to make room for a terraced, zig-zag walkway that would allow family and friends of all ages and abilities to make their way down to the backyard proper. 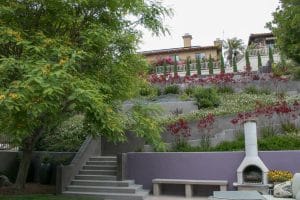 With the amount of weight needing to be supported, a thick concrete was needed for the retaining walls of the walkway, which was then incorporated into the structure of the stairs and pathways that snaked up the hill. To offset the drab gray concrete, a variety of flowering foliage was used to border the walkway and fill in the unused space on the hill, including the distinctive scarlet petaled kangaroo paw and a variety of local, water-conserving wildflowers and shrubbery.
With the backyard getting a much-needed facelift, the homeowner decided the front of the home would need some sprucing up as well to keep the look and feel of the landscaping consistent. With not much in the space outside of a drab concrete walkway, a three-trunked palm tree, and some young hibiscus trees interspersed on the lawn, a major makeover was in order. 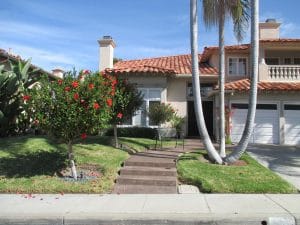 The walkway was removed in favor of a stairway made of the same dark gray concrete slabs used now in the backyard, with small rivulets of river stones used to fill the space in between the steps. The hibiscus trees and much of the lawn were replaced with local and imported succulents, flowering shrubbery, and turf, all well-adapted for the more arid conditions found here in southern California. 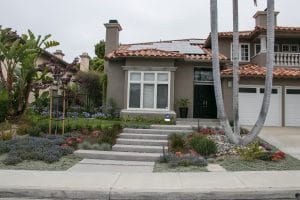 With the backyard now fully accessible and the hillside filled with flowering greenery, the homeowner was free to fully enjoy the full extent of their property. The space was now functional and aesthetically pleasing while still maintaining a level of water conservation that would help save both the property owner’s wallet and the local Californian environment.