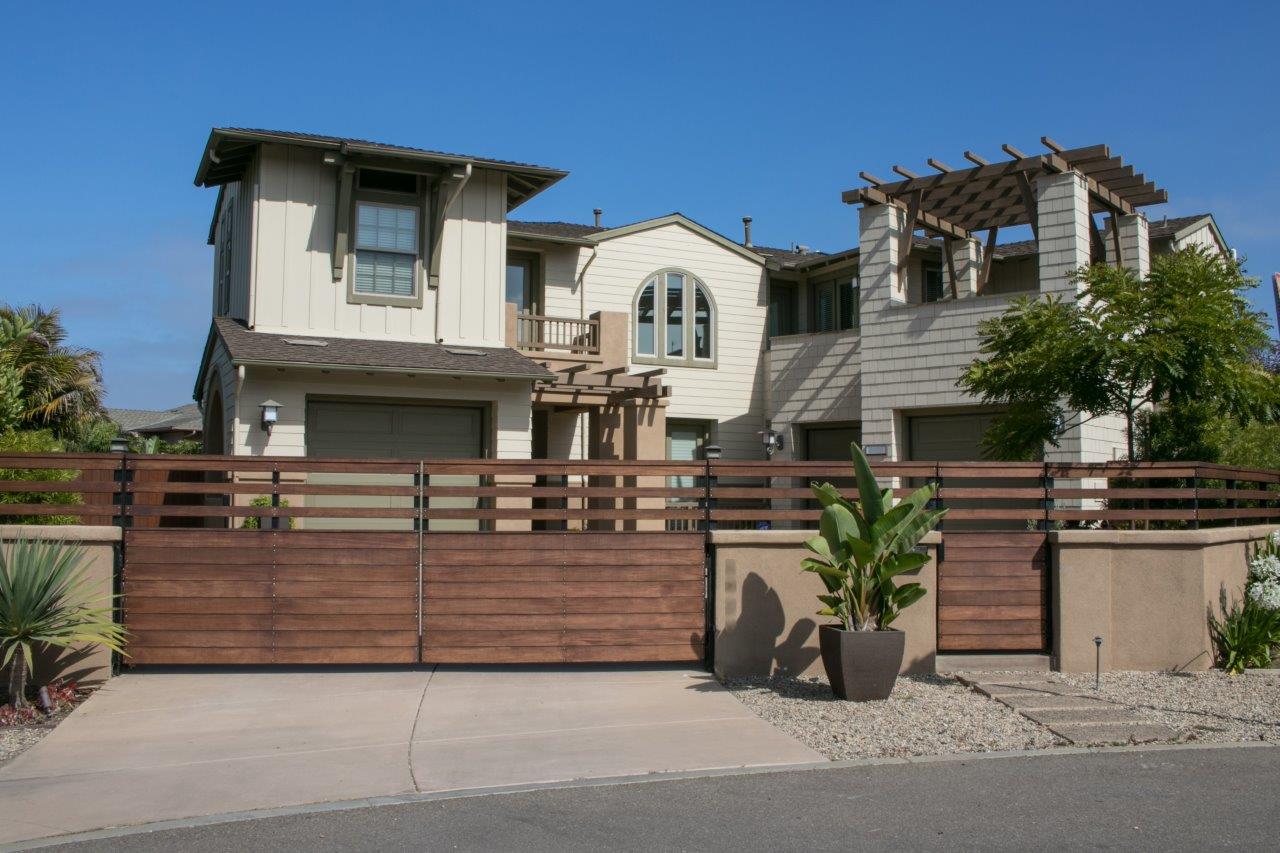 Every homeowner sees themselves as the master of their domain, able to do what they want, when they want without the prying eyes of nosy neighbors spying on their every move, hoping to get some juicy new neighborhood gossip. With the tightly packed properties in coastal southern California, however, low dividing walls and tall second story windows mean we often have no choice but to deal with the lack of privacy in our daily lives. 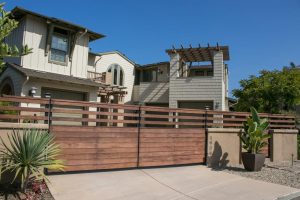 After with Retracting Driveway Gate 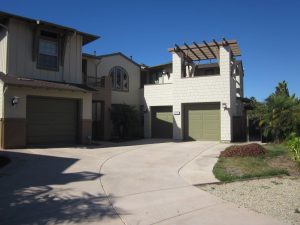 Some owners have become proactive in their quest for a more private home and have turned to some interesting solutions for dealing with the lack of separation afforded by our population density. The residents of this beautiful Leucadian home, for instance, decided that using landscaping would enhance the seclusion and comfort of their home and yard while also enhancing its distinct tropical feel.

With the help of Torrey Pines Landscaping Company, the couple created a dual strategy for creating their own secret garden: one for the front of the house and another for the backyard.

The strategy for the front yard and driveway centered around a newly fabricated wooden drive gate and adjoining walls. The gate’s mahogany planks transition from a solid barrier to a slotted parapet that lines the new sand-colored walls bordering their property. The walls are broken by a second pedestrian gate that mirrors the larger drive gate, allowing the homeowners to have easy in-and-out access while maintaining the seclusion afforded by a protective barrier. 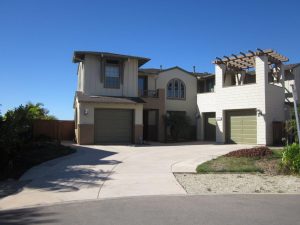 Driveway After with Gate

The backyard strategy utilized a more holistic approach, replanting its perimeter with tall, vibrant tropical broadleaves to create a visual buffer between them and the neighboring properties. Not stopping at just a few screening plants, the perimeter planters were filled to the brim with tropical plants of every size and color, giving the yard a distinctive paradisiacal atmosphere. 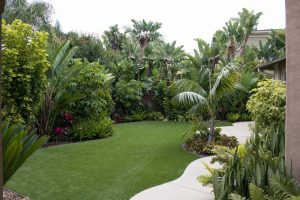 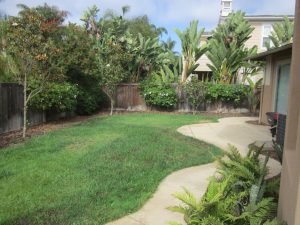 The house was now a veritable fortress of solitude, but the work was not quite finished yet. The owners wanted their outdoor space to be as functional as it was cozy.

To make it so, we added an outdoor shower with an adjacent wooden screen wall, complete with an attached bench. This created a comfortable and stylish way of privately washing off the sand and salt water after a trip down to the local beaches. 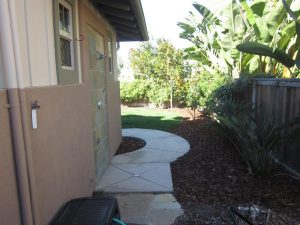 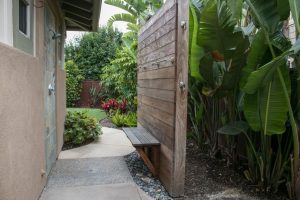 The final step in maximizing the comfort of the space was providing some protection from the harsh Californian summer sun while using the barbeque island. This was done with an addition of a shady trellis over the fixture, which gives access to the cool Pacific Ocean breeze while limiting direct exposure to the sun.

With the work done, the homeowners could take a minute to breathe and admire their new private setting. The design and installation of the landscape was perfectly tailored to their style and the setting of the home – the repetition of detailing on the new wood trellises, the local beach rock giving the concrete walls their unique coloring, and the expansion of their existing tropical landscaping all worked together to enhance the existing look and feel of the property that they love rather than creating it from scratch.